When we were originally approached by the Residents Committee to upgrade this audio-visual system. We were requested to upgrade a legacy system that was outdated and for all practical sense and non-functional. The brief was simple “it had to be simple to use”. As an ELAN automation elite dealer this was our go to system.

The initial installation comprised of the following equipment 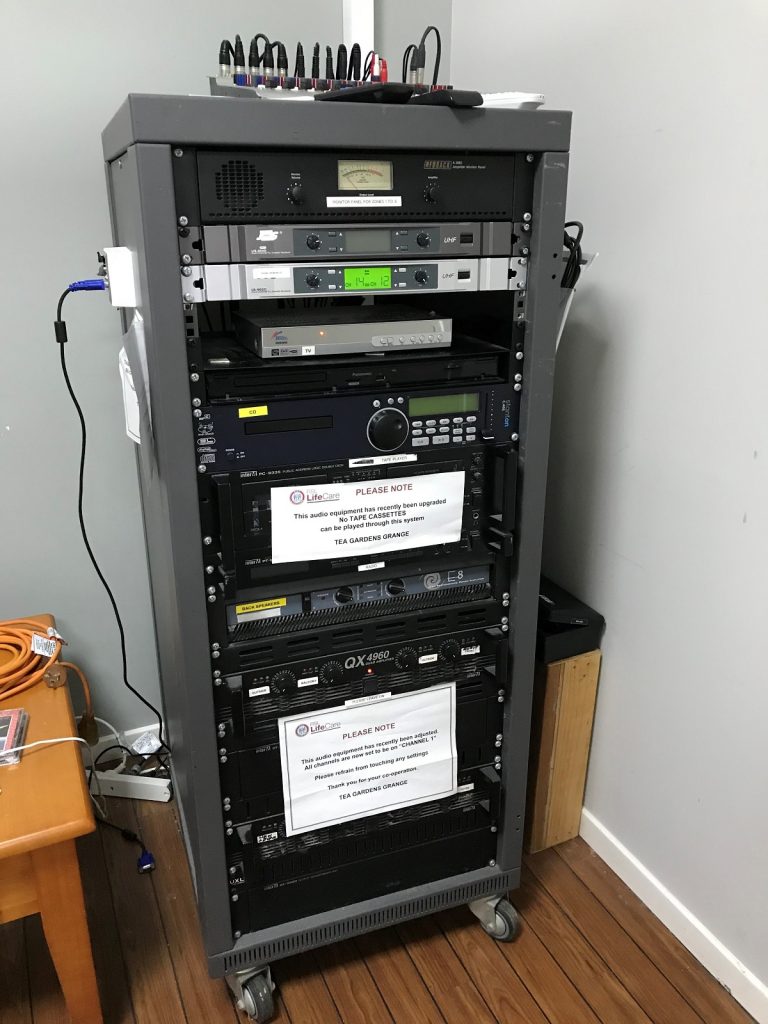 Existing equipment re-used was the rack, a blu-ray player, two of the old microphone receivers and a Hisence TV.

Zones / Areas – there are five areas where either music, TV, blu-rays/DVD or microphones can be used.

Music – there are two music sources so this means for example the auditorium can play one music source and the bar area can play something completely different.

Video – there are three display devices in throughout the clubhouse, one projector and two TVs. There are also three video sources all located in the rack – two blu-ray players and a fetch TV unit. There is 8K, 48Gb HDMI leads installed to all screens for full uncompressed digital signals so as the future proof the system and a spare HDMI lead installed to the bar for a future TV. All display devises have the ability to display both blu-ray players – so if one unit is in current use there is another that can be use concurrently. The Fetch TV can be used concurrently on all display devices. This is useful for events like the Melbourne Cup. Also the both HDMI port used for presentations can also be viewed from all display devices throughout the club house.

Microphones – there are a total of nine microphones, any area can have the microphones working either independent or in conjunction with the TV, blu-ray or of there is somebody holding a presentation.

Wi-Fi / internet – a Luxul data network was installed with an additional access point so as to ensure the entire clubhouse has internet coverage.

Touchscreens – the touchscreen is were all the equipment is controlled from. Form turning on the system, to changing TV channels, selecting what movie to watch on Netflix to selecting what music to play throughout the building. The touchscreens has Amazon Alexa built in, basic commands have been setup for those that want hands free control. The touchscreens also have a calendar built-in so all the clubhouse activities have been entered in and any resident can check up on what is happening in the club house on any given time.

Blinds – it was only after the completion of the AV system that the residences decided to install blinds for all the windows in the auditorium. The blinds are also controlled from the automation system, either independently but also works when for example the projector is turned on – the blinds will automatically close. Also when the projector is turned off – the blinds will automatically open again.

Custom Audio Visual Solutions is pleased to support the Retirement Village Residents Association (NSW) and the work they do to represent the interests of residents living in NSW retirement villages.  For more instomation click here https://www.rvra.org.au/ 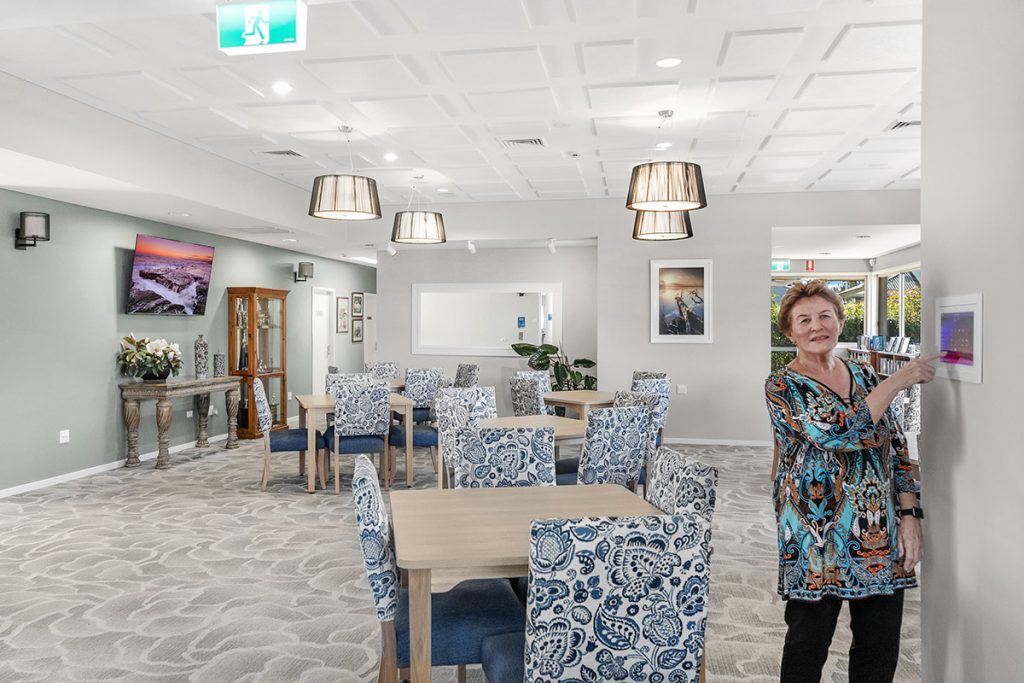