introduced. Originally HDMI cables only supported video and required a second cable to carry the audio, and then not to mention the limitations on distance. Though with addition equipment, that all be overcome, but some good news is on the horizon. A manufacturer has developed a hybrid HDMI cable and although there are other versions available from different manufacturers, what sets this one apart from the rest is it has been certified to transmit 18Gbps (in line with current quality HDMI leads), it has been developed and is currently for sale. HDMI over fibre optics is a relatively new technology, and as all HDMI cables currently use copper conductors to transmit the video and audio (with 19 conductors/wires in each lead), there is a lot of information that needs to be transmitted. However, with the advent of HDMI over fibre optics, distance limitations are virtually eliminated, there is only a single lead which also makes the lead much thinner as well. 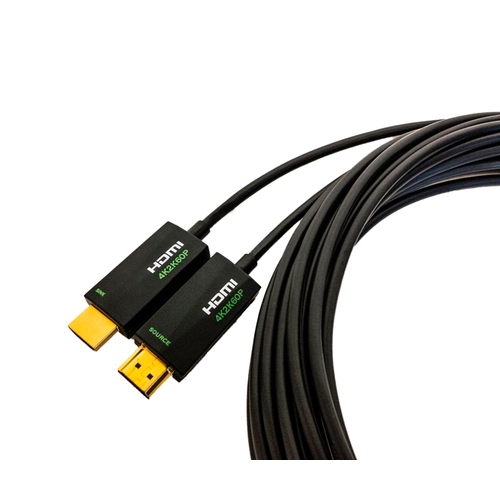 How HDMI over fibre optics work is that there is a microchip in the head of the connector on each end that transforms the electrical signals into light and back again on the other end. Light is used to transmit the information as opposed to copper conductors, this is why distance is eliminated, copper wires can induce interference and the longer the cable, the more the signal degrades as well. So most cables will be designed to be directional and will be marked, the physical size of the microchip of a fibre optics HDMI lead is also no bigger than then size of a standard sized plug so really the only way to know if it’s a fibre optics HDMI lead will be either the lead is over 20 meters long, or the cable itself will be thinner than usual. 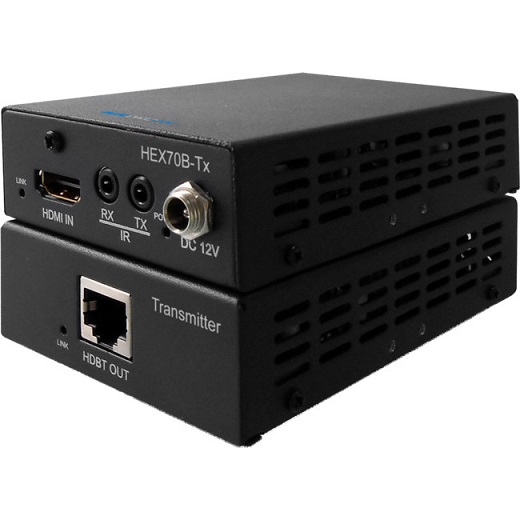 There are other systems on the market currently that extends HDMI signals over 20 meters, but they use external transmitters and receivers which in some cases is unrealistic to use and not to mention bulky as well. The head of the new HDMI leads is still about the same size with the microprocessor built-in, it still looks like a conventional lead but comes in various lengths.

This type of lead is a very good idea if you need a high definition picture to a TV outside from your home theatre system or in another room where conventional HDMI lead is unable to reach, it will simplify the installation with a single lead without worrying about any other converters or boosters.