For many years, consumers would walk into a retail store to buy a new TV, or a home theatre system, even a Blu-ray player and for many years the sales person would always try to sell the customer the most expensive HDMI cable they can, due to the sales persons ignorance or greed and unfortunately most defiantly due to the customers ignorance, an expensive HDMI cable is only a waste of money. Here we will tell you why. 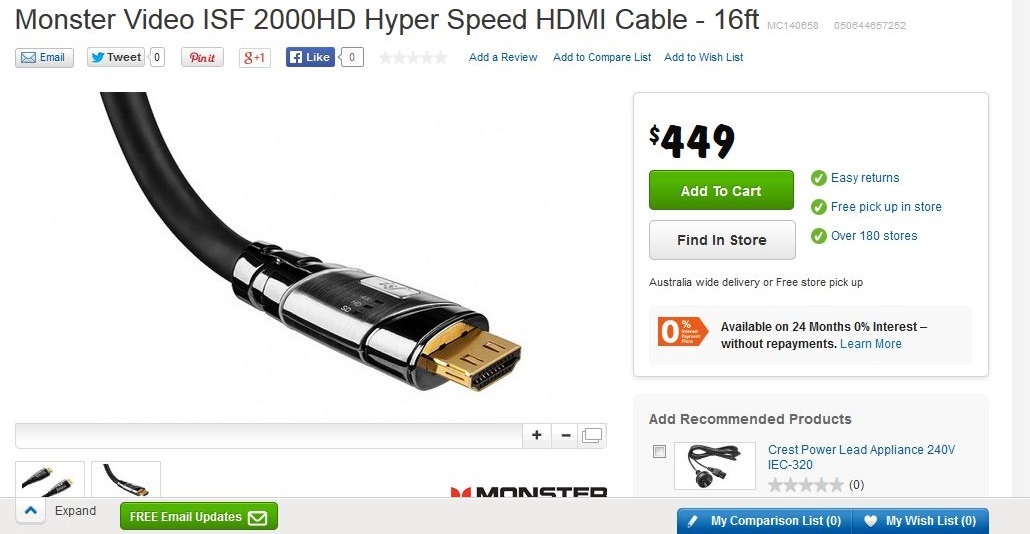 Let’s start with the fundamentals. Back in the analogue days, cable quality was important as analogue signals were more susceptible to interference from different sources, so a quality cable with good shielding was required and this applies to RCA (yellow, red and white leads) leads as they are analogue. But now everything is going to HDMI (High Definition Multimedia Interface), so only a single cable is needed.

How HDMI works is that it is a digital signal and not an analogue signal, so straight away the signal is a little more resilient and why is this so… Digital is sent in “bits” of data, in “1” and “0” for example “1110010100011010101” ect ect and not a frequency where interference can be introduced into it, so what this means is that regardless of whether it’s a $20 or a $250 lead, you WILL NOT notice a difference in picture quality, the signal will either be there or not. Only cable over a really long length for example over 15 meters,

or a cable that is damaged / faulty is when problems can occur with the signal, this is known as the “Bit Error Ratio”. In terms of errors, an acceptable level is 1 error per 1 billion bits of data per second and there is roughly 1.2 billion bits of data sent per second from Blu-ray discs, and there is usually 24 frames per second of picture, and what this means is there a HDMI certified cable should only send an incorrect bit for a single pixel of a single frame of video every second. This is the maximum BER allowed so you will most likely receive less.

A picture at 1920 x 1080 will be pretty much impossible to detect. BER get worse as the length increase and sharply increase at 15m, after that errors at 23m can be counted at tens of thousands per second, but there is a way around longer HDMI Cable runs also 99% of use will never use a cable longer than 5 meters so we all have nothing to worry about. Errors are also known as sparkles and can be seen in this article from C-Net at http://www.cnet.com/news/why-all-hdmi-cables-are-the-same/ Another easy way to think of this is watching a digital TV station, when the signal is poor you get square boxes on the screen and the sound may stop, if it’s bad enough you will get a “no signal” on the screen, this is a high BER level, again the signal is either there or its not, there is no in-between like an analogue signal was.

There are different cable out on the market and as long as the packaging has “High Speed with Ethernet” written on it or in its advertising, that HDMI lead WILL do HD 1080i, 3D and the new 4K TVs format without any picture loss. There is talk about  HDMI 2.0, currently we are at HDMI 1.4 and sounds like a big leap… Don’t waste your money on this, HDMI 1.4 will still be around for a very long time and only SOME of the very high end TV’s have HDMI 2.0 ports. With HDMI cables, the only difference between all the Chinese made cables (as they all are today) is the quality of the cable construction itself and this is best explained in a C-Net part 2 article under the heading “Is it true all HDMI cables are the same?” from http://www.cnet.com/news/why-all-hdmi-cables-are-the-same-part-2/

So as a conclusion, if the sales person says you have to buy that expensive cable, don’t shop with them again, walk away, you’ve been lied to and then what else have they lied to you about as well… All the pictures above are screen shots of verious Australian retail outlets. 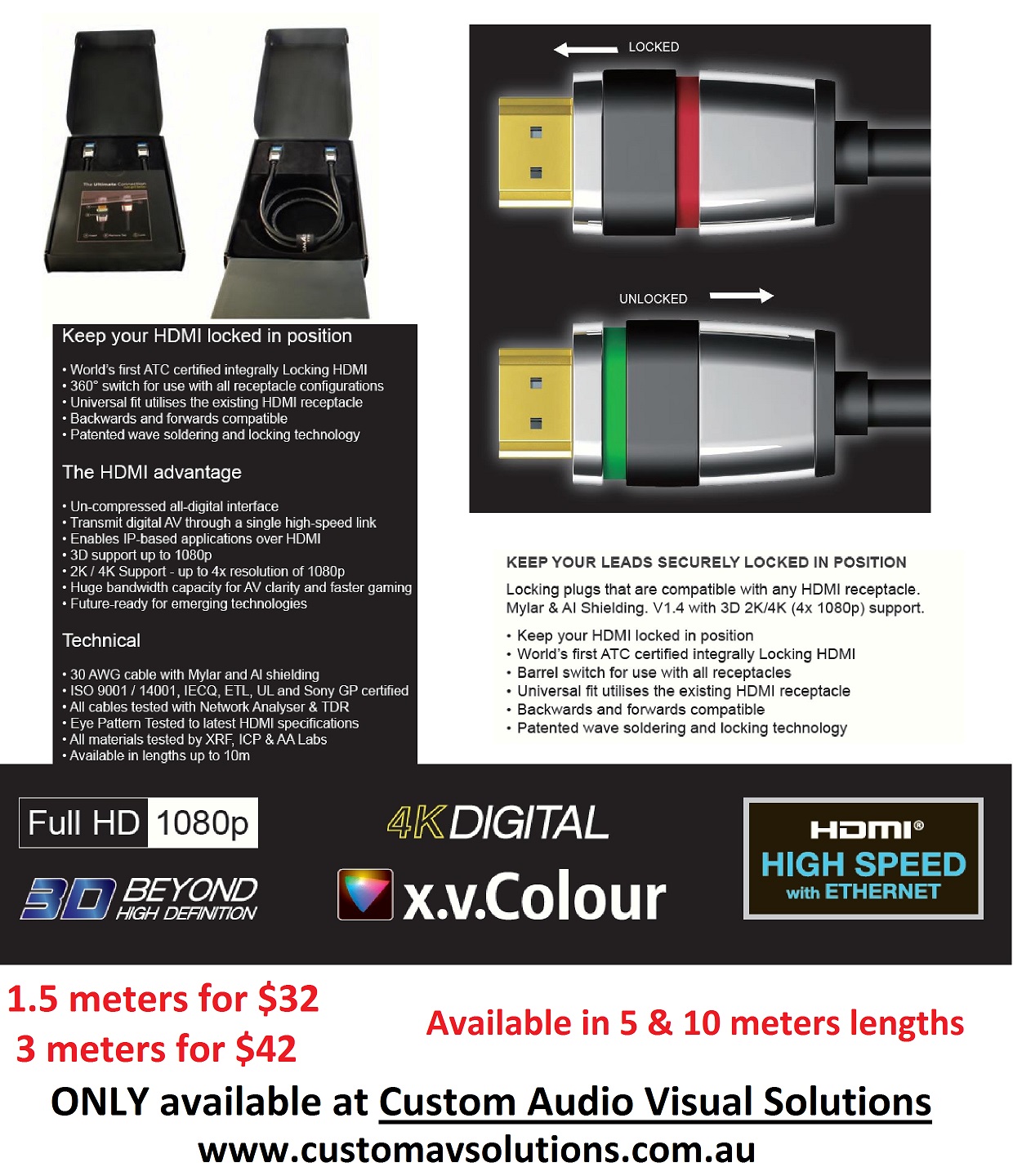 To the left are HDMI cables we retail, as per the specifications, these cables will perform as well as any expensive cable from any retail outlet.

Sources for this blog was found at the following websites.

CNET, why all HDMI cables are the same

CNET, why all HDMI cables are the same part 2